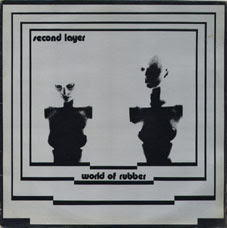 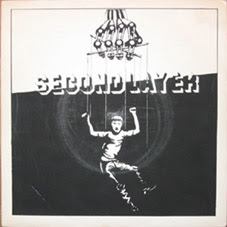 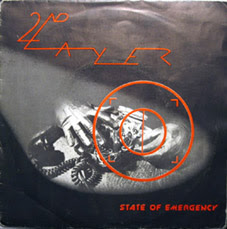 When UK's The Sound recorded their first album, 'Jeopardy', they worked fast and had some studio time left. Adrian Borland and Graham Greene (real name: Bailey), quickly recorded 'World Of Rubber' as Second Layer. An album full rhythm machines, guitars and vocals. Dark and creepy, but ever since hearing 'Fixation' on the radio back in 1982, I am a fan of this album. They also released two 7" records, which come in a separate zip. The album 'Second Layer' on LD Records from 1987 has the two 7"s. A pity Cherry Red never released this on CD. So this is more or less the full discography:

Woot! I thnik I still have these two singles soemwhere but never heard the album. Thanks.

Holy sh*t! I have this album on vinyl (loved "Fixation" too) and it was like nothing else out at the time. I didn't even know about the other two singles. I was just thinking about the album yesterday and a quick Google and here I find you posted it 2 days ago - that's friggin' eerie!!!

Thanks a lot! I love the Sound and the Outsiders, I'm really happy to discover this side project

hi, thanks a lot, i love the sound,Adrain Borland was a fantastic singer,a great band ,a huge loss for the music, cheers...
Bruno

world of rubber is one of my alltime favourites!

Cherry Red has actually reissued the album on CD at long last!

yes, I know. I have it. it sounds very good. a pity that the 7"s are not part of it, but then cherry red never was very good in doing this sort of thing properly (see their five or six cd)

This is fantastic! Thanks!