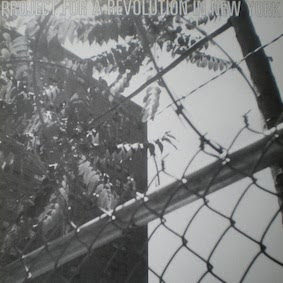 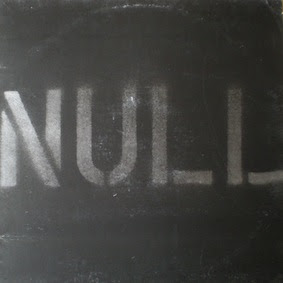 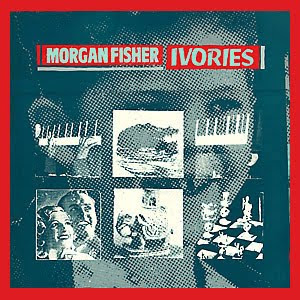 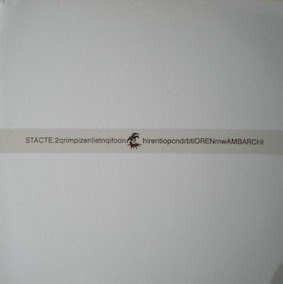 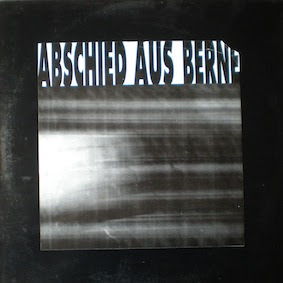 I notice I have less and less time to write daily something, and in most cases I lack the knowledge about some of this obscure stuff, that I decided to post as of now only the title of the album and band and label and a picture and in the case of a compilation the featured bands, but no information. Besides: this is the internet, so if you want to know more: google away. 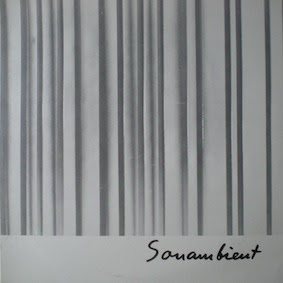 Discogs: "Printmaker, sculptor and industrial designer. He was born in 1915 in San Lorenzo, Italy and moved to the United States in 1920 after a brief stay in Canada. He studied and worked at the Cranbrook Academy of Art and settled near Bally, Pennsylvania where he died in 1978." He did a lot of music using sculptures. I have a bunch of his LPs, and this is the first one. 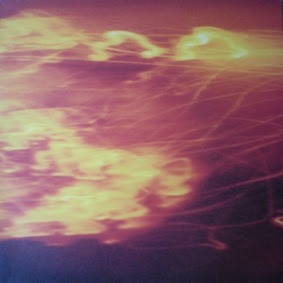 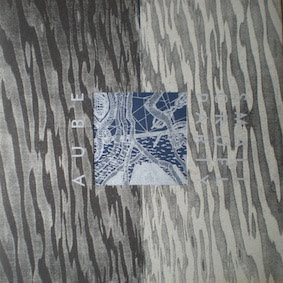 I posted music by Small Cruel Party before, but not a lot by Aube, since I don't have his work that much. From discogs: "Aube is a solo project, begun in 1991 by Akifumi Nakajima. Taking a minimalist approach for his recordings, Nakajima uses simple source sounds which are fed into his system, then heavily processed into a vast dimensional landscape of sonic textures. Source sounds can range from the organic sounds of gurgling water, to isolating elements of technology, such as the curious hum of luminous lamps. The result is a mixture of controlled manipulation and beautiful accident. Since May of 1992, Nakajima started and continues to operate G.R.O.S.S. - his own cassette label dedicated to releasing experimental music, and noise, in addition to his own recordings as Aube. He has worked on recordings with artists from Japan, Europe and the United States in various different capacities and has designed packaging for many other releases." 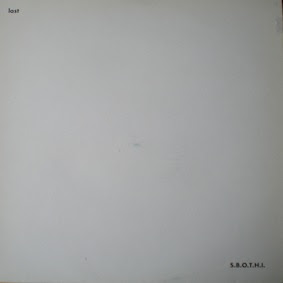 I posted some cassettes by Achim Wollscheid before. But before working under his own name he was of course best known as Swimming Behaviour Of The Human Infant and I posted another album by him before. Cut-up montage music, musique concrete. This is his farewell record using the name SBOTHI. 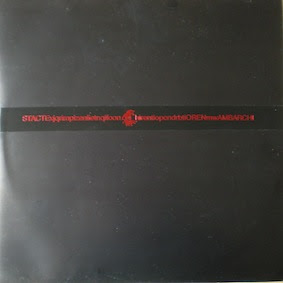 From discogs: "Oren Ambarchi is an electronic guitarist and percussionist with longstanding interests in transcending conventional instrumental approaches. Born in Sydney in 1969, he has been performing live since 1986. His work focuses mainly on the exploration of the guitar, «re-routing the instrument into a zone of alien abstraction where it’s no longer easily identifiable as itself. Instead, it’s a laboratory for extended sonic investigation. He has performed and recorded with Martin Ng (Australia), Christian Fennesz (Austria), Otomo Yoshihide (Japan), Pimmon (Australia), John Zorn (USA), Voice Crack (Switzerland), Sachiko M (Japan), Keith Rowe (UK), Phill Niblock (USA), Tom Recchion (USA), Günter Müller (Switzerland), Evan Parker (UK), Toshimaru Nakamura(Japan) and many more."
This is his first record, released in an edition of 150 copies. 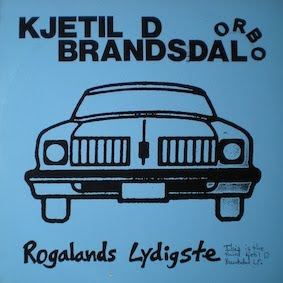 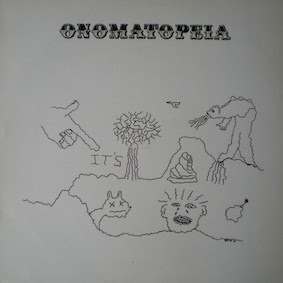 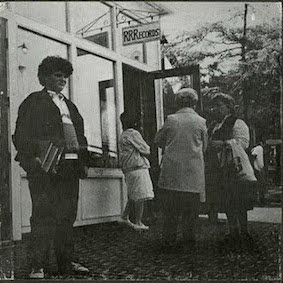 A five LP boxset celebrating the first five years of the great record label and shop RRRecords. They still exist. A self-indulgent project of owner Ron Lessard. One LP featured his solo noise work as Emil Beaulieu, two record his work with tape colage on the radio, called RRRadio, a proper LP by Due Process and the fifth LP is a collaborative work with Merzbow. Lots of noise, but not exclusively just that. 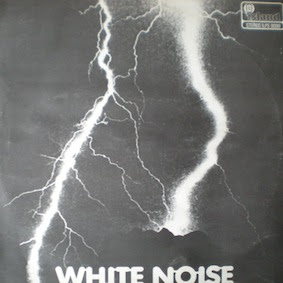 The final record from the ones I recently borrowed. As of tomorrow I'll finally go back to my own record collection. From discogs: Established in 1968, originally as a group project. From the second album onwards (1974), White Noise became the solo project of David Vorhaus. In the mid-1990s, Vorhaus began performing sporadically live under the moniker "White Noise", playing songs from all eras, assisted by Mark Jenkins." An Electric Storm is their first record from 1968. 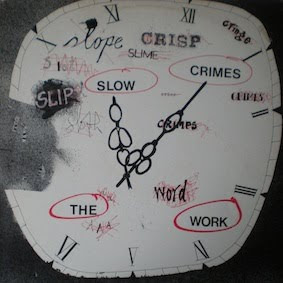 I posted a live tape from them before, this was their second record. 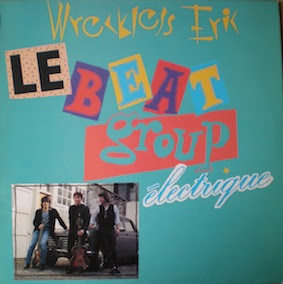 Another one! Last one I borrowed, sadly. 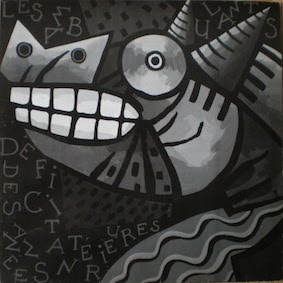 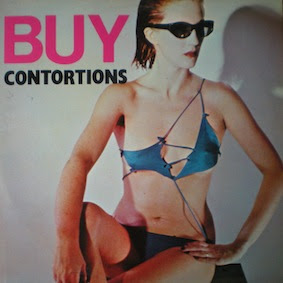 "The Contortions were one of the most important -- and accessible -- bands in New York's short-lived No Wave movement, playing a noisy, clattering avant-funk that drew from punk and free jazz. The group was formed in 1977 by the flamboyantly dressed vocalist/saxophonist James Chance (born James Siegfried), also featuring guitarists Pat Place and Jody Harris, organist Adele Bertei, bassist George Scott, and drummer Don Christensen. The Contortions' live shows embodied the nihilistic ethos of No Wave, as Chance actively picked fights with the audience. The group contributed four tracks to the seminal Brian Eno-produced No Wave compilation No New York in 1978; the following year, Buy the Contortions marked their official album debut, by which time Chance was being billed ahead of the group name. Aside from a few live recordings, the original Contortions lineup didn't release much more material. Chance used most of the group for his funk/disco project James White & The Blacks (with the album Off White also appearing in 1979), and although he continued to lead versions of the Contortions through the early '80s, the original lineup split up in 1980. Place went on to join the acclaimed Bush Tetras, while Harris, Scott, and Christensen formed the Raybeats. [Steve Huey, All Music Guide]" 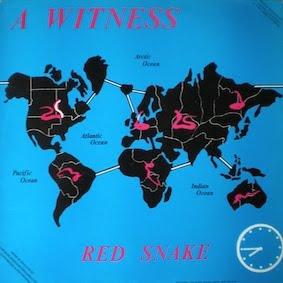 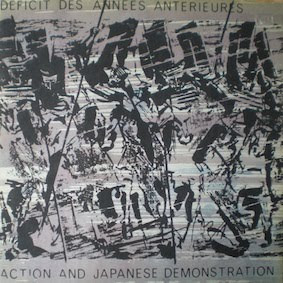 Deficit des Annees Anterieures, a legendary French band of electronic, improvised music for quite normal instruments. Great and made covers also. This is their first LP. 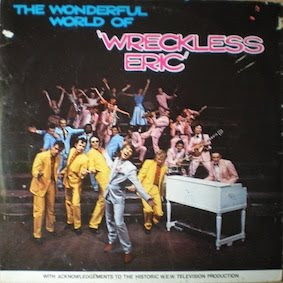 Another fine album from this great artist. 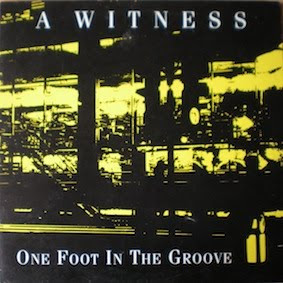 From Discogs: Members: Rick Aitken (Guitar), Vince Hunt (Bass), Keith Curtis (Vocals), Noel Kilbride (Guitar), Alan Brown (Drums), Tristan King (Drums). Hailing from the Stockport suburb of Hazel Grove, A Witness, with their Northern Surrealist lyrics and angular, spiky sound, were one of the most individual bands in the 1980's Manchester indie scene.
Formed in 1982, their initial line-up comprised Aitken, Hunt, Curtis and Kilbride, along with a brutally primitive drum machine. When Kilbride left (eventually to end up in AC Temple), they continued as a trio for their initial recordings, which showcased their atonal aggression but also their more otherworldly soundscapes and unexpected melodic interludes.
Following the break-up of Big Flame, Brown joined as a human replacement for the drum machine, this line-up recording the final two of their four John Peel sessions and an EP, before he moved on, being replaced by Tristan King (formerly of Bogshed).
Their next recordings, made with Chris Nagle (who had engineered Joy Division), featured a smoother sound and they were preparing for a high-profile tour with The Wedding Present when Aitken was tragically killed while rock climbing in Scotland (11 October 1989, aged 33 years) and A Witness were no more. The thorough compilation album 'Threaphurst Lane', released in 2000, is named after a road leading to Aitken's house.
Curtis played with The Membranes and Goldblade, and Brown with The Great Leap Forward before ultimately joining up once more with Hunt in the band Marshall Smith. 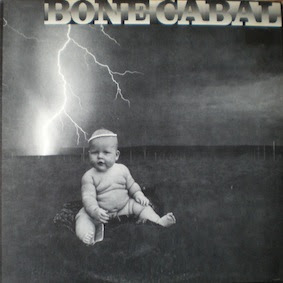 I had some trouble getting this upon megaupload, maybe they refused because of this truely horrible ugly cover. Music is however quite nice, new wavey. 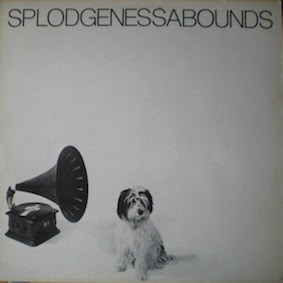 From Discogs: UK Punk rock / Oi group that had their '15 minutes' in 1980, when they reached number 7 in the UK charts with Simon Templar / Two pints of larger and a packet of crisps please. The follow up a cover version of Rolf Harris's 'Two little boys' also made the top thirty reaching number 27.
Members: Max Splodge, Baby Greensleeves, Miles Flat, Winston Forbe, Roger Rodent & Whiffy Archer 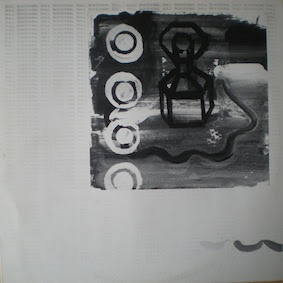 Rotterdam band of charming rambling pop. Pascal will fill us in with some details, and he has some copies to sell! 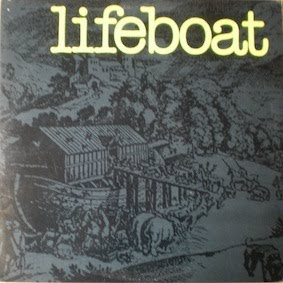 Quite an obscure US powerpop/new wave band, but a nice record for sure. 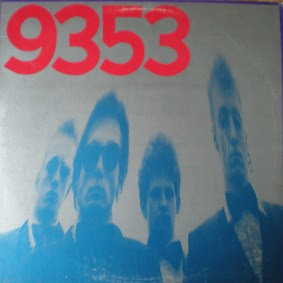 "US-American Punk Rock band from Washington D.C. formed in 1983", says Discogs, but its not that punk like I think. Bit new/no wave. I think this is their first record. 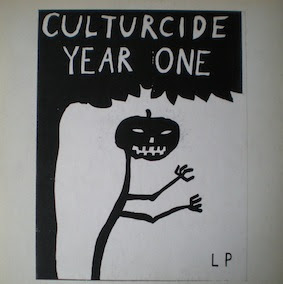 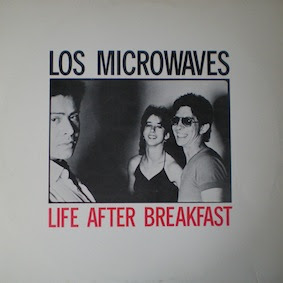 A trio with new wave techno punk. A great album! The band still exists, but their drummer died last year.