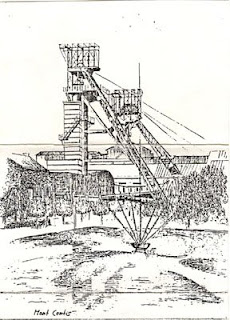 This week I started transferring the many cassettes of De Fabriek that I have, some 25 in total! This one I did a while back already, and its a kind of blueprint for their album 'Made In Spain', which can be found here
which seems a new blog to me. I thought it was on Mutant Sounds, but maybe I am wrong. Anyway, this cassette came before the LP, so real fans might want to spot the differences... put them in the comments! Some of these tracks were also released on 'Dreams Of Child' by Minus Habens (which I don't have). More obscure De Fabriek soon. This one has a catalogue number according to Frans de Waard's Cassette Catalogus, although I don't see it on the cover.

Thanks for the upload, De Fabriek does very interesting sound.

hey thanks a lot, the made in spain lp was great but this one really kicks ass... it's more harsher and much more varied... a damn cool and great tape...

thank you for this!

Thanks for the link to my Blog. I also have a the tape from De Fabriek, wich has been recorded in the Conradstraat in Zaandam. They have send the tape to me personaly. I'm willing to surch for it at my home (don't know exactly were it is). Or do you have this tape already, so that it is not neseccery for me to surch for it.

i also have that tape, and will post it, one day.

are you connected to the staalplaat label in anyway?