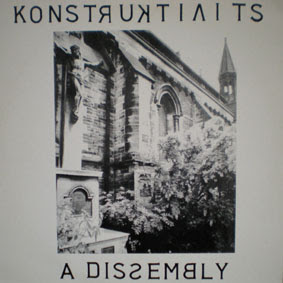 A total low-rent classic, and a hint of what even more incredible work was still to come. I adore each of the Konstruktivits LPs of this period.
By the way, if you listen to these LPs and know analog synthesizers, you begin to realize just how much Wallis accomplished with only a Korg MS-20.

A great long lost LP, I only had a copy on tape years ago, thanks for letting me hear it again! ;-)