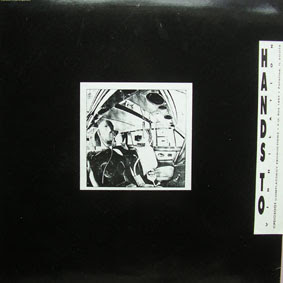 I already posted some music by Hands To before, and here is a split LP that he did with Eric Lunde. Lunde was once a member of Boy Dirt Car and then went solo, concentrating on voice and electronics. I must admit I never really understood what it was all about. More about that when I post more. This LP shows his extended interest in sampling, breaking away from his earlier tape experiments. When Complacency released this album, they also released a LP by Illusion Of Safety and Holeist, a group with Eric, along with Jeph Jerman (Hands To) and Dan Burke (Illusion Of Safety). I have none of his tapes, but will post all the vinyl he released.

You don't happen to also have the BDC / F/i slpit LP on RRRecords, do you?

Cool. Haven't listened to this in ages.

Ah, thanks very much!

link for the first part is gone

can you put it on again?

Hello,
The link for Sexorama #1 is dead. Can you present it here? Thanks