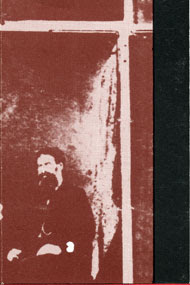 Easily one of my favorite bands from The Netherlands. THU20 started in 1986 with Jac van Bussel, Ios Smolders, Roel Meelkop, Guido Doesborg and Peter Duimelinks. In the early days free form electronic music with lots of tapes and synths, but quite early on they started to compose music on multitrack, which lead to 'Eerste Uni', their masterwork of the late 80s, and one of the first independent CDs of that kind in The Netherlands. Guido left and the band sort get together when necessary, which can mean years of absence. Their concerts are improvisations of electro-acoustic objects, computers and analogue synths. Frans de Waard of Kapotte Muziek is now officially regarded the new fifth member. This tape has selection of early live concerts and is in fact a best of two earlier live tapes, also on Midas Music. Originally released in an edition of 100 copies.

Oh thank you for posting this! I've been looking for it forever!