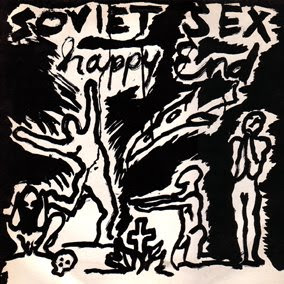 This band came from the infamous no wave scene in The Netherlands called Ultra, and consisted on Maarten van der Ploeg, Rogier van der Ploeg and Peter Klashorst, previously known as Interior. This album was released towards the end of their first incarnation. Later on the reformed with Ellen ten Damme, some singer or actress from The Netherlands. The two Ploeg brothers went on to play as Blue Murder and Peter Klashorst is still a famous painter. Maarten van der Ploeg died in 2004. This album is quite psychedelic sort of post punk.

Please check our site. If you like our work, do link back to us.

A lot of thanks.

PS : you can also check our other website http://www.radiovideojazz.com/