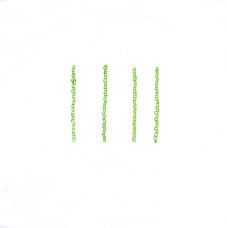 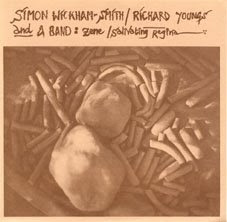 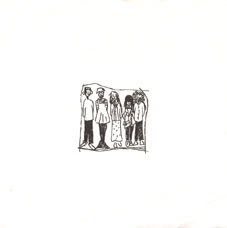 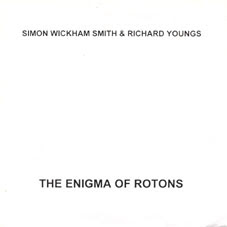 Today four 7" records which all involve Richard Youngs. First there is one split with Zene and A Band. Both sides also include Simon Wickham Smith. That one is released by Baby Heuy. I don't know anything about Zene. With A Band, Youngs produced some more music, I believe. The other 7" is just Youngs, but also teaming up with another band. Leather Mole, also of whom I never heard.
The other two are collaboration between Wickham-smith and Youngs. 'The Enigma Of Rotons' is a lathe cut record and probably highly limited (approx 50 were made). 'Worried About Heaven' was released by Fourth Dimension Records.