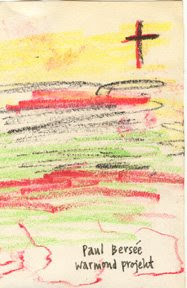 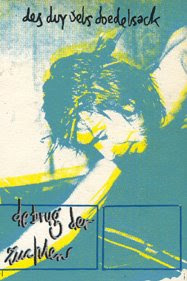 Two tapes by Pidoewa Tapes, which I believe were from Den Haag. Des Duyvels Doedelsack is a band of rock, funk, improvisation and experiments, but still sound pretty well. I have no idea who were part of this band. Paul Bersee's 'Warmond Project' is more like an soundscape. Again, no idea who he is or was. These two tapes are the only two I have on this label, which also released two tapes by Gammagluboline and one by Boogieman.

I am the missing link between Pain and Des Duyvels Doedelsack. Hans Boogmans, Boogieman, produced three more cassettes under the name of D.D.D. on which I participe: het duijzelt de staketsels, het ruisen der vleesch, & snerpt door de kathedralen. Besides that I have a live tape of a gig we played that Hans used for his book: Maak van mij een ledikant.