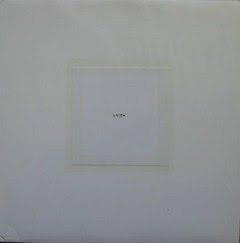 More music by Richard Youngs (lots more to come) and the first I post of his many collaborations with Simon Wickham-Smith. "Simon Wickham-Smith was born in 1968 and studied English Literature at London University. It was there that he met Richard Youngs, with whom he has produced music in a variety of noisy and droney styles and a large number of discs on labels from all over the world. In recent years, he has begun to produce solo albums and to write more traditional, acoustic music. His solo and collaborative work have been released on labels in New Zealand, Australia, Russia and the United States and he has performed in Finland, Lithuania, Australia and the United States." This LP was released in an edition of 500 and contains a live recording from WKCR, NY on June 7th 1995. Simon plays the 'baby grand piano' and Youngs electric guitar.