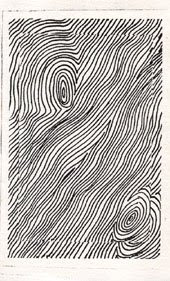 Two trilogies this weekend. The first is a series of three split cassettes released by the same guy who released the Statue Series. It contains thirty minutes of music by Slowval, Dikyl Brobojo (who was the guy who ran the label De Koude Oorlog, of whom I'll be posting more tapes soon), Recycled Body Programm (who is present on two of these mirrors), The Linefarmer 117 (I have no idea who he is), and Odal. Odal's Peter Zincken is, as Dr. Bibber, today the judge in the Eurovision Noise Contest, held in Tilburg, along with a guy named A3 and Frans de Waard. Event starts at 17:00! Should be more fun that serious. No cover scan for the Dikyl Brobojo side.