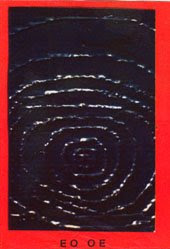 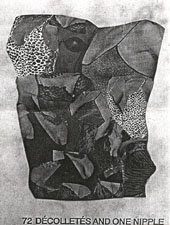 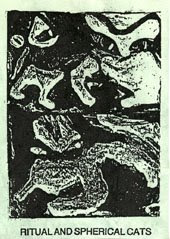 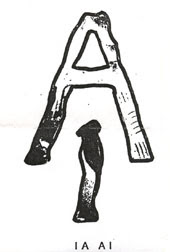 This is a series of five (perhaps there were more, but I don't have these) tapes released by Lor Teeps from Amersfoort. A more thematic approach per volume. The first volume has only ten minutes of music as a theme, with tracks by Hessel Veldman, Viviane Marc & Jan Kees Helms, Dikyl Brobojo, A.H. Erlebnis, Amy Love & Messy & Hansan and Fred Valkering.
The second volume is 'E O O E' and has Sempiternels, Kapotte Muziek, From Nursery To Misery, Skeletal Remains, A.C. van Wijk & A.H.J. van der Kooi.
The third volume is 'I A A I' with Markus Schwill, A.C. van Wijk & A.H.J. van der Kooi, Mohr, Alain Basso, and Blackhumour (a long piece of silence and one very short sound).
Volume Four is '72 Decolletes And One Nipple' with Factor X, Post Mortem, DSIP, Merzbox, Frak.
Volume Five is 'Ritual And Spherical Cats' with Hybryds, Vrischika, KWI and Die Rache