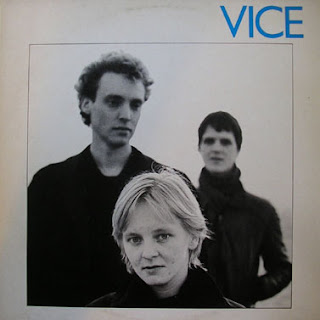 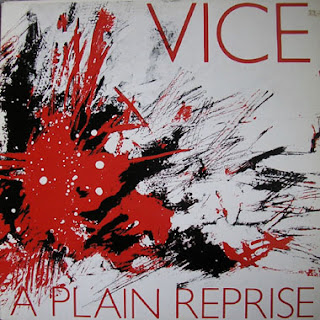 A promised a few days ago, here are both records by Vice, from Nijmegen, The Netherlands. Probably the least known of the four bands from that city (Bazooka, Das Wesen, Mekanik Kommando and Vice), they only made these two albums, after which I believe members went on to form Güler and later techno act Ulan Bator. These days Ties van der Linden is still active, producing music for commercials and much more, check out www.fonofactory.com. Oddly enough nothing about Vice on this site, except that it's mentioned in the discography. Strange, since it's quite strong, especially the first 12" on Torso. The LP is a bit dull at times, with songs too much in mi-tempo. But Vice played a great set of minimal popmusic, with synths, sequencers, bass an guitars.

This makes my day :)

I'll have the Ultra compilation cassette onm Lebel Period, which I will do soon, I think