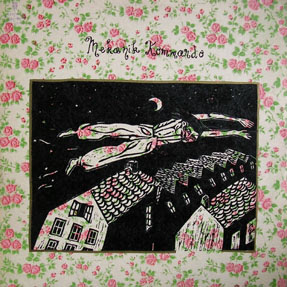 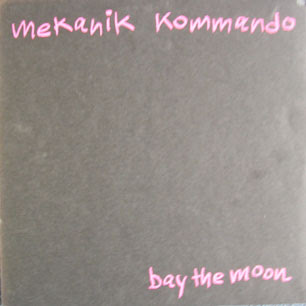 The first three records by The Netherlands' Mekanik Kommano can be found on Mutant Sounds, but this is the first of two postings to make the picture complete. The second one will have their 'As The Wind Dies Down' double cassette. 'Bay The Moon' is their second and last record for EMI's Wereldrekord label, but they were dropped due to lack of succes. The boss up there learned that there is no money in experimental music, not even the popmusic version thereof. On their own Rosebud Records they released 'Shadow Of A Rose'. Then came 'The Castle Of Fair Welcome' but when this came out they changed the name to Use Of Ashes, placing stickers on the cover (ones which say Mekanik Kommando are very rare). For me the lost the experimental edge with that move. The double cassette was released just before 'Shadow Of A Rose', and will come soon here. The smooth experimental music slowly develops on this material into the more psychedelic sound of The Use Of Ashes, but still sounds great.

yeah thanks a lot