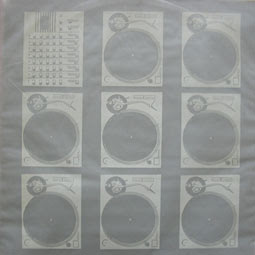 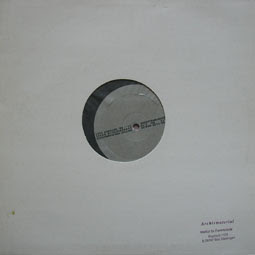 From Discogs: "Institut Für Feinmotorik (= institute for precision motoricity) is a project which is interested in the complex relationship between perception of micro-phenomenons in acoustic and visual spheres and the precisioned stumbling through micro-social behaviour in daily situations. The group’s work is focused on the acoustic sphere beyond usual gain signals. Elements of noise containing no original sense emerge to significant structures. The setup consists of six to eight "empty" record players which means that no gain signals but empty or manipulated lock grooves or the paper labels of the records are played. Besides that Institut Für Feinmotorik have found some other ways to generate acoustic signals out of empty record players: house-rubberbands, adhesive tape and tooth brushes are just a few instruments used to produce different sounds. Not only for friends of minimal techno in Brinkmann and Studio 1 style."
This band didn't release much and some of it was in extremely limited editions, such as these, their first two records from 1997, both in an edition of 100 copies on their own label. Lots of crackling and popping here. I will post some of them in the future.

this is interesting, thanks!