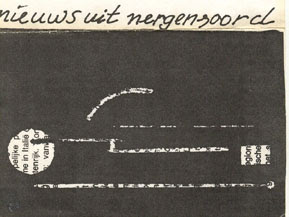 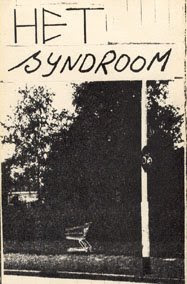 Some weeks ago a friend of mine asked when I was going to publish more Dutch punk and new wave, which I'm also asked through the comment. I don't have much of that left and I rather not take something from soulseek and republish that. I need to have the very object so I know that what I post is correct. Its from the same friend that I borrowed these two tapes from Welvaartstaat Tapes, a cassette label from Groningen, who releasedhttp://www.blogger.com/img/gl.link.gif anything from punk, new wave to experimental music. On 'Nieuws Uit Nergensoord' (news from nowhere), you'll find Fockewerkens, ICA, De Twaalf Omgevingen (which later became Kleg), Jodrell Bank, Lompies, Het Laster and Opel Kadet. As an extra the short release 'Het Syndroom' which has three bands, Gronies Uitgraven, Beperk and Pogostyx, but no track titles so I didn't separate these tracks.