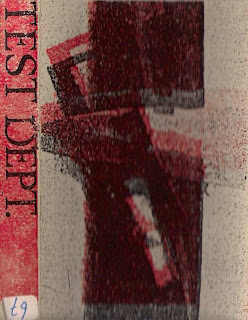 A bootleg obviously, recorded at Conradstraat, Amsterdam 1987. I cut both sides of the cassette as one track, not to interrupt the flow of the concert.

from discogs:
The group was formed in New Cross, south-east London in late 1981. All unemployed, and with listening tastes ranging from soul to classical music, they searched out whatever they could find to make music with, and for the most part this consisted of scrap metal salvaged from waste ground and derelict factories. The reason had as much to do with lack of money as it had to do with a dislike for conventional rock instruments. Originally, they used bass guitars and other conventional instruments, but these were fairly rapidly dropped as they obtained more industrial percussion, and found that these created a stronger and more consistent sound.

Hi
thanks a lot for sharing this wonderful & powerful live !
yyesod9