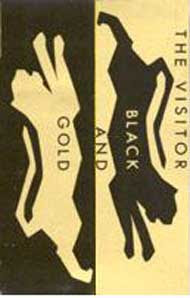 Following our last week's post on The Visitor, an anonymous source donated the other tape release by them, which is also no longer available since a long time. The same source says it's really released in 1985, right after 'Transparant World' which was badly received. In 1988 (see comments) the band had already split up. So the website of the singer is perhaps wrong.

thanx a lot to anonymous & 433rpm!
according to Ernst's web
http://www.ernstlanghout.nl/index.htm
its from 1988:)

i'm addicted to your blog!

Discovered this blog a couple of days ago and love it!!!
However,i am not able to download from this massmirror page,does someone have any ideas why not ?

Found this blog a couple of days ago and love it !!!!
However,i can ,for some reason,not download from that massmirror page.
Does someone have any idea why not.

no, i don't. but if the screens appears to be white click inside it, it usually shows something after that - at least on my Mac...

The screen doesn't come up white,just saying,problem loading page.
Too bad ,wished i could download those Visitor albums since they're from my hometown.
Thanks for your reply though !!!

it has worked for 86 other people so far, so don't blame me. but here is one of the links from massmirror

I'm not blaming anybody,just wondering why i can't open that page.
I think its great you're posting this music,and the rapidshare link did work for me,thank you so much !!!!