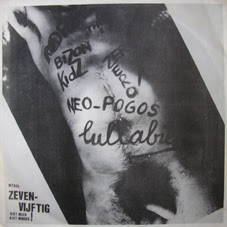 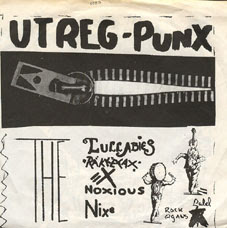 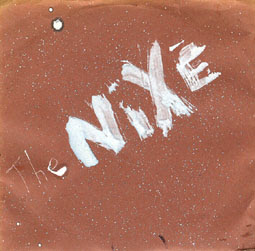 So I said it would be chaotic posting, but this one focusses entirely on the city of Utrecht. The great Rock Against Records put out some lo-fi records, mostly 7"s but also LPs. The LP here is untitled and even hard to decipher what is on there. But with the help of 'Het Gejuich' I could name all tracks (although slighty inaccurate, but let's not bore with the details). I also added the 'Utreg Punx' compilation 7", that also included The Ex, one of the members came from Utrecht. I will only post music by The Ex when it's part of a vinyl collection, and nothing else by them. All of the material is on CD and I suggest you buy them all. The third one is a seven inch by the all female The Nixe, also from Utrecht.

impressive blog. thankx for uploading this hard to find music. about dutch punk: do you have the Rondos from Rotterdam (Red Rat, Raket period '79 '80) as well? Well, I keep looking, Bye, Danielle
http://www.allievanaltena.nl/rondos/fotos/index.html

oh yes, i do have the rondos indeed. waiting to go out. i think the rondos are the best punk band of that era. but i am waiting for some live recording and demo, and then there will be 1 big post with everything known to mankind what they did. now that should be on CD! so hopefully soon