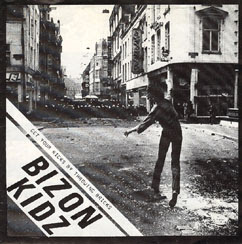 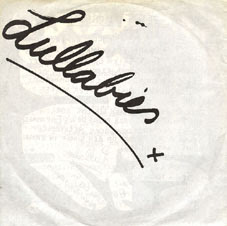 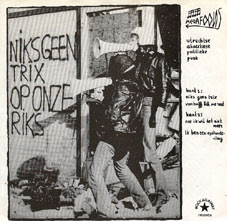 Following the previous dutch punk post, we stay for today in Utrecht, with the three remaining records I have on the Rock Against Records plus one from a band that was on yesterdays LP. The Lullabies were quite active in a short time span, seeing these releases, one 7" and a double 7". The Megafoons played 'acoustic punk' with their great anti royalty statement. Their second 7" will follow soon, but that's a great pain - terrible music. The Bizon Kids was a particular favorite of mine for they had serious lyrics but also some great nonsense. If you are dutch you will hear it, and if you're not: too bad.