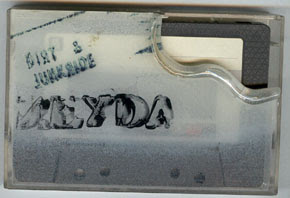 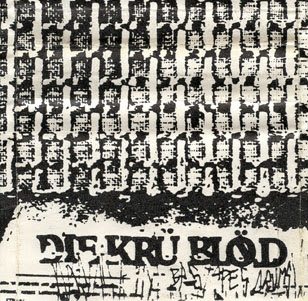 The first catch from the big, returned box, are two releases by the Studio 12 label from Haarlem, also known as the label from Nexda. These were the only two cassettes I ever had from this label. Both are pretty vague, having music on one side only. On the Nexda tape it says 'Dirt & Junkride' and no mentioning of titles, while Die Kru Blød just says 'bas, tapes, drums'. I believe, not sure though, that it's a side project of Nexda. I separated both tapes into various pieces, though no titles are mentioned on the cover.

you didn't read this: