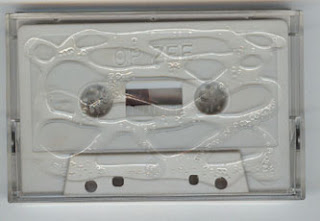 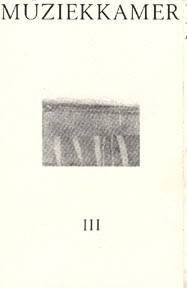 The final post on this great lost band from The Netherlands. 'Op Zee' continues their first most ambient release, while 'Filmmuziek', the third release is their most varied release, pop like rhythms, ambient passages and indeed filmic in tone. 'Filmmuziek' comes in a regular cover, like the first two releases while 'Op Zee' has a nice transparant tape with lettering burnt into the box and glue (or something) to give that sea like look. Both tapes are unindexed.

a&b side (op zee tape) its the same track?

i don't know. there are strong similarities in the music throughout that tape, that i know. it's rather 1 piece in 2 parts than 2 different pieces. i ripped both sides (as far as i can remember)

i am told it's a loop, copied specially for auo-reverse cassette players.