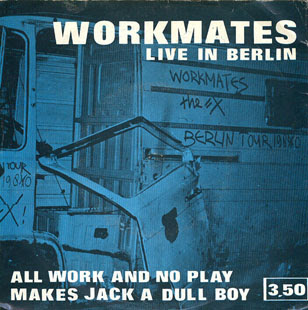 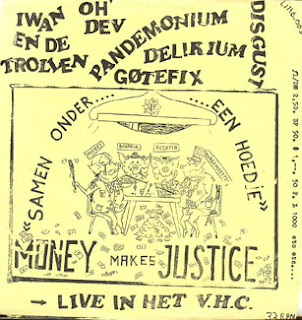 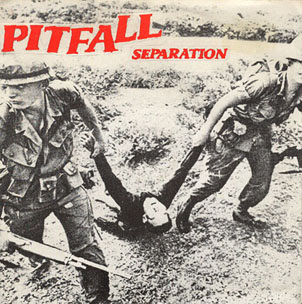 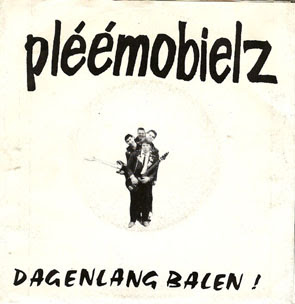 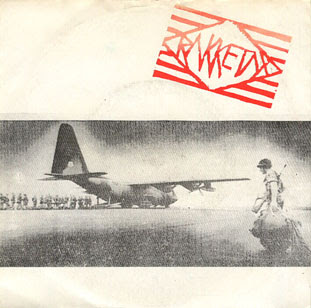 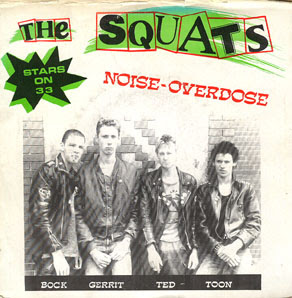 Following the first post I am really getting into this. Borrowed some more records and some people offered me their MP3s. Great. So this second post is all from my own collection, and all bands that only had one 7". The Squats are from my home town, I even was in the same class as the drummer. Later on he forms The Magnificent. The first release on their label was a cassette, which I no longer have.Pleemobielz are from Bruinisse. Rakketax were from Utrecht, and we'll see them later on too, on a compilation LP and 7". From close to Utrecht, Wijk bij Duurstede came Pitfall, who also had a cassette on Finger In The Dyke (which I don't have). The Workmates 7" was recorded in Berlin, when they toured there with The Ex. The final 7" for today is a compilation from Venlo, and not mentioned in 'Het Gejuich', it's one of the first releases on Limbabwe and has Iwan En De Trollen, Gøtefix, Disgust, Pandemonium, Oh Dev and Delerium and was made when a stage called VHC, a squat, was evicted. It has interviews in between with a police officer or the major.

found the Limbabwe 7'' on p2p recently. so you're the source of this great rip. thanks a lot!