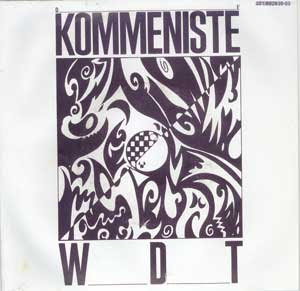 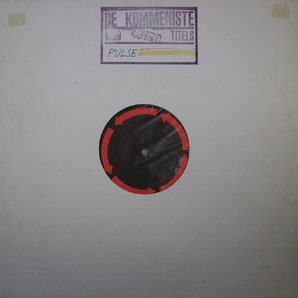 When I talked with the Kees of yesterday's post about Dutch punk, he said (what he always does when this subject comes up): forget everything from Dutch punk, and listen to De Kommeniste, a Belgium group from the late seventies. Well, come on, let me borrow that record. I must say this is indeed a great record, of which I never heard of in those days. They opened for The Cure and Joy Division and made this LP '1000 Titels', which in fact was pressed in an edition of 1000 and had a blank square on the cover, so each could be called different. The band consisted of Marc Meulemans on vocals, bass Herman Tallein, drummer Bob Campenaerts and another guitarist called Mark Meulemans. The vocalist became well known designer, designing cover for dEUS and 2many DJs and he died in Janaury 2007.

Two days after this initial post of the LP, here is also the 7" by them! great! thanks anonymmm

great album! thanks for sharing!

yes, it's missing. if someone has it, please send it!

thanks to be precise, ddv...

Bedankt for this record!

All political discussions aside, this is quite a good album. Iam not sure if it is current, but looks that the re-issue has been cancelled. That's too bad....