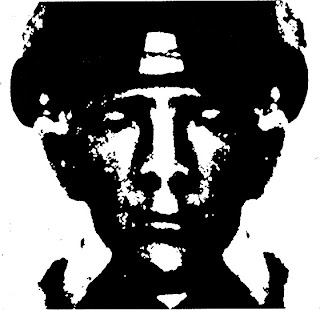 Lieutenant Murnau was not only an early multiple artistic identity, but a plunderphonics project before the name plunderphonics had been invented. The mastermind behind the project, and this tape, was Vittore Baroni of "TRAX" fame, although it was released on the VEC label of his Mail Art collaborator Rod Summers in the Netherlands.

In Vittore Baroni's own words: "Lieutenant Murnau was invented as the name of a ghost musical group. It was started in 1980 and ended in 1984. The image came from a photograph of film director Friedrich Wilhelm Murnau while serving as lieutenant in the German army. This photograph was taken and reproduced onto posters, leaflets, fanzines, badges and all other memorabilia of pop mythology to create an interest in something that did not exist. The next step was to provide Lt. Murnau fans with invisible music. I managed to produce various records and cassettes without playing a single note, simply releasing mixages of recorded music. The 'Meet Lt. Murnau' tape, for example, was a deliberate confusion of Beatles and Residents records. I also used
soundtracks of F.W. Murnau's films and music provided by other groups in hommage to Murnau. To mess up things even more, I had some of these tapes and records released in different countries by different people. Lt. Murnau also appeared on stage, masked, mixing different records and crucifying a Beatles LP. Hundreds of life-size Lt. Murnau-cardboard masks were printed which people could wear. Anybody could make Lt.
Murnau music and become Lt. Murnau, and a few people did it."