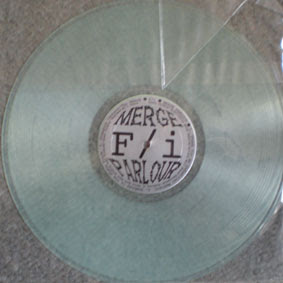 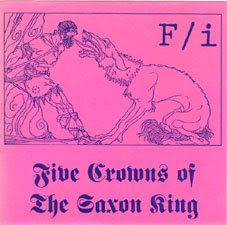 Every bit of music is a piece of firework as far as I'm concerned, so today no special firework release. I realized I didn't post a piece of vinyl is some days, so here's one. Music by Vocokesh has been posted before and as said then Vocokesh is a sort of hobby project of Richard Franecki, whose main band is F/i.
"F/I are From Milwaukee, Wisconsin, and has been around since 1981, releasing half a dozen LPs on RRRecords. The band started out as a unit elaborating on noise structures in the tradition of Throbbing Gristle or Nurse With Wound. They are also influenced by Hawkwind and Spacemen 3. In 1983 they changed their name from Surfin´ Führers, The to F/i. Richard Franecki later went on to form Vocokesh but still returning to F/i once n a while." This is a split record of both bands. What it says on discogs "12" comes pressed on clear vinyl in a clear plastic sleeve with a sticker that says "WARNING! This Record Will Kill You" might not be true, at least my copy doesn't have the sticker. Also in this post a 7" by F/i.