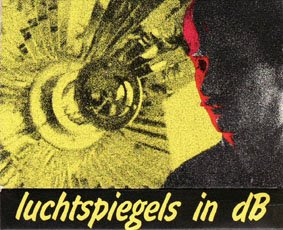 Whatever happened to? That's a question we could ask ourselves a lot, which of course we never do. Corneil Nies released three tapes, recorded at home on a bunch of synthesizers and rhythmmachines. Nice, but never great. Dr. Freakowitz and I think Silly Noise was just his own label, and he released three tapes. I think this one was his first, but Dr. Freakowitz thinks its his second. Oh well. Nice atmospheric stuff anyway.

Dr. Freakowitz is right, the first one, Slaapschutters, is from 1982. Hope you will post that one too one day.