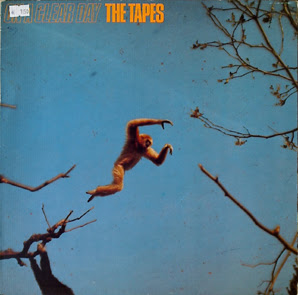 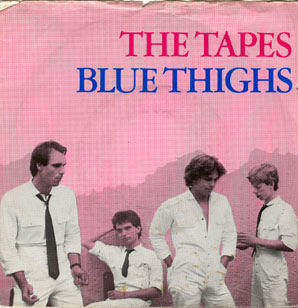 As promised last week or so, here is 'On A Clear Day' by The Tapes, the third and final album. For this album Huba de Graaff of Transister was a member, but she left the group during the recording. Also present are Henk Hofstede and Michiel Peters from The Nits and Mathilde Santing. The album was well received, but didn't sell very well and the band decided to split up. Various members will show in Mathilde Santing's band later on.

As someone asked me about the 7"s. From this album 'Bits And Pieces' was released as a 7", which I don't have, so I don't know if it sounds different. However from the previous album, I have the 'Blue Tighs' 7", which of course I should have included when I uploaded 'Party', but I didn't, I do it now. Thanks to the same source who gave me 'Party'!

Thanks a lot for this!

According to this site: http://www.nitsfans.org/dennis/files/Nits%2033%20Solo.doc

"Bits and Pieces" is backed with "Busy Doin' Nothin'", a Brian Wilson tune, so that needs hunting down...

There's also mention on the web of a 7" titled "Life in the New City", but somehow I suspect this to be another band called the Tapes.

You know what else through me off about the tapes relationship to the tapes(Gardner/Boult). As Gardner and Boult had a B-Side called "Nite After Nite" so did the Dutch band "The Tapes"- that really deceived me.

This albaum "On a Clear Day" was one of the most inspired efforts of the Reagan annihilation period. Unfortunately the brilliance of the playing and discordance of the song structures were too dark and brooding for the anti-nuke gatherings and apartheid divestment rallies of the period.

Thanks for keeping the candle lit on this one.

For all I know, The first tapes album was entitled "Party" and released on 1000idiots in 1979, to be rereleased in the US on Passport, copies of which could, after failing to sell could be bought in "a square deal" shops. Originally the tapes guys where Rietveld academy students (a dutch art academy). Also, mathilde Santing, later on famous singer, was part of their live gigs early days. She's a cousin to Igor Roovers, who wrote (co-wrote) many of the songs. Bass players changed early, from a guy called Gertjan (sorry forgotten last-name) to two others, one i think was Mark Stribos... The tapes greatest moment was when they played supportin act in Paradiso, an Amsterdam venue, to talking heads. The Tapes had a variety of people in the band early stage, than became a true band with their second release "on a clear day" which also failed to sell. A memebr of the band became programming director at a local dutch radio station, the roover guys remained in music and where supporting mathilde santing's recordings and live performances.
Singel outtakes for "Party" where "night-after-night" and "I fall, head first", don't know if any tracks from a clear day where released thereafter.

Just to set the record straight:
their first album was called "You Just Cant Sleep" (1979) and "Party" was their second album.

Igor Roovers (bass) did not write songs for the band. He was a founding memeber, together with his brother Orpheus (drums), Mick Brandes (lead guitar) and Rolf Hermsen (vocals & guitar).
Rolf wrote most of the songs, together with his brother and band manager Fred Hermsen. Early on, their drummer was replaced by Peter Meuris but they never changed bass players. When Igor left, the band dissolved.

Singer Mathilde Santing was not Igor's cousin but lived next door to Rolf. She sang backing vocals on some of their demo tapes and the third album "On A Clear Day"

Final point: Mark Strijbos never played in the Tapes but he is Igor's cousin and he did work for them as a roadie for a short while. I should know, because i am that Mark... those were the days, my friends.

i could upload their first album You just can't sleep which i bought at a concert in 79 in Den Helder, they were dressed in white overalls and played magnificent

i will upload this album tomorrow. i have it too...

Wow, this is a time warp indeed. I was a great fan of The Tapes, seeing them in concert several times, including their farewell concert in Paradiso. Never understood why they generated so much rejection in their time. The guitarist, the red head guy, was absolutely brilliant. The singer was a bit pedantic, but, hey, so was David Byrne. I have all their albums on tape, as one should, so no possibility for uploads (what??) or any of that modern stuff. Really enjoyed reading this.