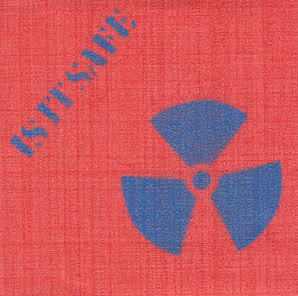 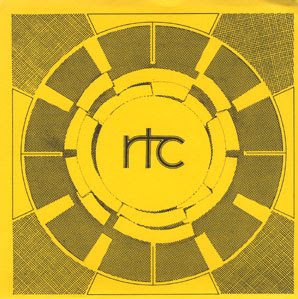 RTC is one hell of an obscure band from Groningen, The Netherlands. Besides these two 7"s, there is also a double LP on De Fabriek and a LP on their own Futuremusic. I have the double LP which I will do soon, but not the other one. The band consisted of Nick Roovers and Ron Overbeek, but it's only because it says so on the cover. The 'Is It Safe' 7" came in a wallpaper package, which certainly had its impact on the vinyl. It cracks like hell. According to discogs side a is by RTC and the b-side by De Fabriek, but I have no evidence that it is true. The whole thing is about nuclear energy. The 'Toekomstmuziek' (meaning future muziek) 7" is quite nice I think. A bit of electro pop, with a nice psychedelic edge to it.