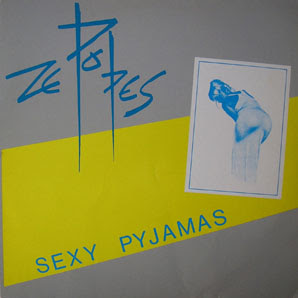 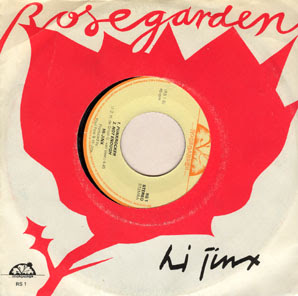 Two easy going new wave records from The Netherlands. I must assume Ze Popes were extremely glad of their 'Sexy Pyjamas' piece, which they first recorded for Plurex, and which comes in two different versions on their 12", along with three new pieces. It doesn't have the same energy as the 7", I must admit. Orpheus Roovers, who will later play drums for Minny Pops, is a member of this band. The Hi-Jinx 7" I have ever since it was released, but just today I checked the website of the dutch popinstituut (www.popinstituut.nl) to learn that Gert van Veen is the main man of this band; later he is the big shot of Dutch techno music. Also Rene van Barneveld of Urban Dance Squad and Erik de Jong, a.k.a. Spinvis (the alternative music hero for normal people in The Netherlands, much unrightly so, me thinks) are members of this. Never too old too learn something. There is a 12" by them, whichhttp://www.blogger.com/img/gl.link.gif I don't have. Anyone?

Tony Janssen was The lead singer and guitarist for Ze Popes (i think the single sexy pijama's is an exception, was sung by the base player)

I'm really glad i could download decent rips of his album ^^ I have a copy framed on a wall so i can't really listen to it anymore ;)