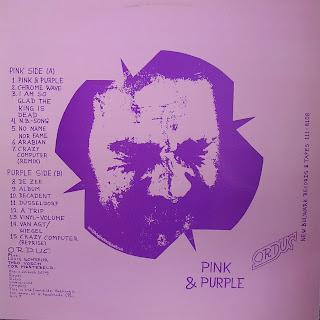 The name stands for One-O-Seventh Royal Dutch Underground Company and was led by Nicko Selen, who ran also the label, and later on IF Records (more of those records later), along with friends who played guitars and drums. Highly naive electronic music, partly inspired by krautrock. Released in an edition of 500 copies in five different coloured vinyls, each 100 copies. I think I have a lathe cut somewhere too, if I find it I will post this one too, one day. The band apparently still exist, they even have a myspace page.