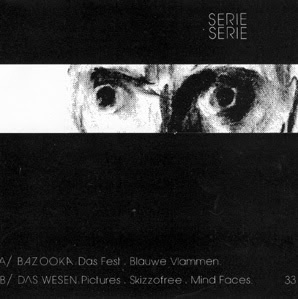 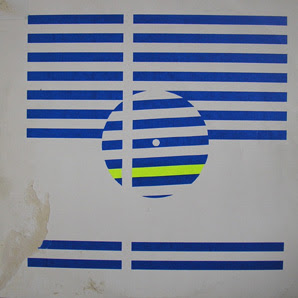 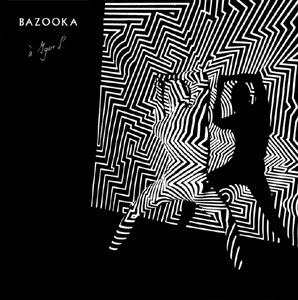 Bazooka were, like Vice, Mekanik Kommando and Das Wesen from Nijmegen, and released five records in total. 'Zwevende Vlakken' and 'De Platte Pet' I will do soon. 'Is Er Meer Dan Dit Hier' was their first 12", followed by the split 7" with Das Wesen (their side was already posted here). After that the band became more interested in classical music and recorded 'A Igor S', dedicated to Stravinsky. More about them later.
Actually I found some unsleeved copies of the 7", if anyone wants one, please contact me 433rpm@gmail.com. Also Das Wesen 'Anyone' I have a few copies of. 'A Igor S' kindly donated by paphio23.