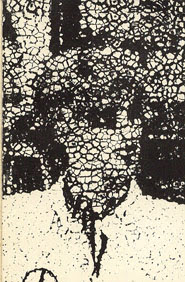 Kubus Kassettes was one of the better Dutch labels, who released a variety of musical styles. From ambient to rock to... well to classify this release by Mark van Kempen is difficult. I have no idea who he is, but he released two cassettes on Kubus, 'Zwart Wit/De Apostelen Der Liefde' being the second which I don't have, and 'Egotrip' is his first one. 'Egotrip' is was recorded on 52 saturday afternoons in 1981 using a sound on sound Revox A77. A most odd potpourri of music for guitars, drums, voices and such like and certainly a work that took him a lot of time. I tried to index this, but I failed, especially for the b-side it's hard to figure out when a track starts and stops. But it's a hilarious thing for sure.

this is great. thx