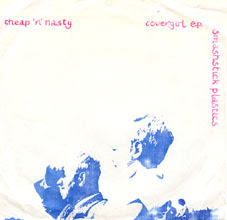 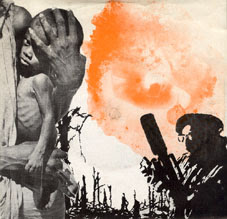 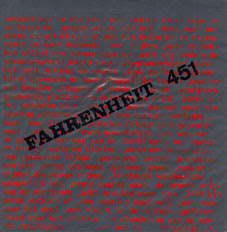 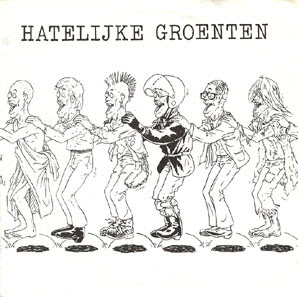 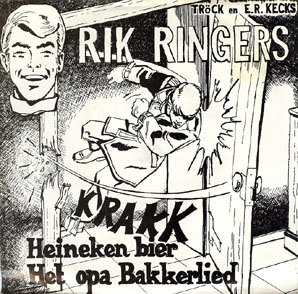 It's been a while since we last had some proper Dutch punk singles, and of course I thought about Stockhausen's death yesterday evening, but couldn't find something appropiate to post this quickly, so here is another nice punk lot.'Hatelijke Groenten' is a compilation of four bands, of Massagraf and The Jet$et are the most regular ones, Vacuum is really great rhythmbox punk and vocals while Fahrenheit 451 is more like no wave/post punk. Also included is a three track 5" flexi disc by them, with a cover printed on a garbage bag. The band was founded by Chris Smith who was in The Chopsz before that. Richard Cameron of Arling & Cameron was also a member. If you take it out of the plastic sleeve the inkt will fall off, just as intended. Cheap 'N Nasty were from Leiden and led by the same guy who had a fanzine called P.I.N. - Punk In Nederland (which I never saw), also already a bit more post punk, just like the Cold War Embryos. They were from Utrecht but had no ties to the Rock Against Records label, but curious enough recorded their 7" at the Rosegarden Studio, which I suspect had connections to Hi-Jinx. The final one in this lot is the first 7" by Trockener Kecks. I remember wanting to buy this from the Rondos mailorder (Raket basis), but they didn't have it. 'Will not get it', the girl on the phone said. Nothing political about them, which made them highly suspect I guess. Also in my opinion - great speedy songs, but 'Heineken Bier' (the b-side) is aweful beer.