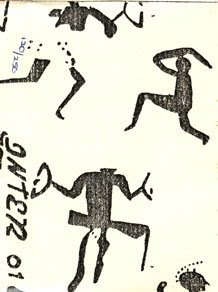 Interchange was a more than excellent UK Magazine, which may have lasted only four or five issues (and which made me think to start another blog of just scans of fanzines and magazines, which I may do one day), also released, at least one release, this compilation with The New Blockaders, Small Place Players, Steve Moore (his previously posted 'The Threashold Of Liberty' as it is spelled on the cover), Adventures Of Twizzle, Peter Burne Jones, Ward Philips/S. Dower, Metgumnerbone, Tape i Side i, Outside Bill and Ron Berry.

I realy hope you make a blog for fanzine scans as well. Your No Longer Forgotten Music blog is one off the best on the net. Many thanx for your uploads

and oh nxp, can you re-up katacombe vol. 7? i am very curious about that.

I should have repaired those links months ago, finaly i have done it. Ready for download at this adress;
http://paranoiaisfreedom.blogspot.com/2008/04/katakombe-vol-7.html

yes, please! start that fanzine blog soon!!!
totally agree wiith everything NXP said: one of the best blogs on the net. plus if you create that zine blog, it would be utterly smashing (i DO have a soft spot for dutch graphics).

+1 for fanzine blog! It would complement everything you've already posted.

Scanning is painstaking. i've done a whole 18 scans in the 2 years since i started a zine blog. My to-do pile is getting out of hand.

thanks nxp for re-up.

a soft spot for dutch graphics? i don't do graphic fanzines but rather intend on my music magazine..

sorry, i didn't explain me well. i know the fanzines would be about music issues, but in general, all covers and memorabillia posted in your blog are interesting -and i guess it is related to the great dutch graphic tradition. hope now it works what i tryed to say before...