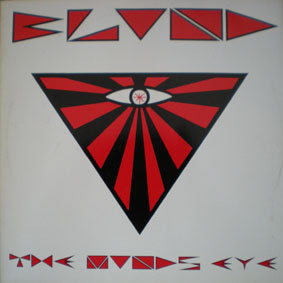 Another one from McDoomey LTD is a band named Blind. They were from Eindhoven, if I am correct. Their music is a combination of post-punk and industrial music in the best Laibach and Test Dept tradition. This was one of those LPs I used to see back then, but never heard. I don't know why, as its pretty alright. I think its a private release by the band, and I have no idea what else they released.

Thanks for sharing. Your collection really has me turning a few shades greener.

As far as I know, they also made a 7" called "Resistance!" Can't rip it for you, because I just sold it to someone. And they also appeared on the 'Zooid Second Compilation' with one song. Leftwing gay-electro avant la lettre, from Eindhoven, indeed.

I have a tape from Blind called Thousandhours which I bought in Staalplaat. It came in a red cardboard box with a cover you can unfold and also a sticker. It was recorded April/May 1989. Most of the songs are the same and the last has a different title.
Derek