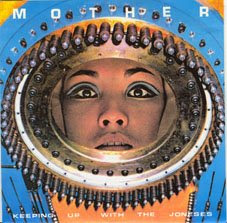 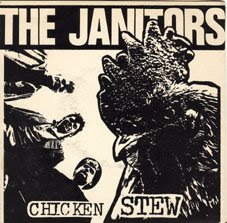 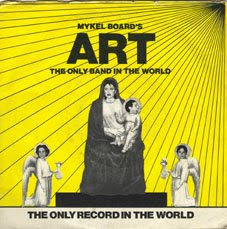 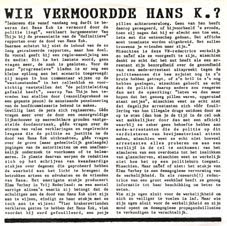 The final batch of 7inches from the now completed and returned Mcdoomey collection, and the music goes into various directions. There is The Ex with 'Wie Vermoordde Hans K', based on some Bob Dylan song. Mikyl Board's Art is present with a great weird 7". The Janitors from England with a more punk/new wave like song, and Mother which I believe was with a member of Neuroot, but I am sure Mcdoomey will make the necessary corrections through a comment. And oh, there is a surprise 7" in there, which you would never expect on a blog like this, but they were great and unknown once too.
Speaking about The Ex: their singer GW Sok has left the band and is now the force behind a 2CD set by The Rondos, which will be officially released on the 11th at Worm, in Rotterdam (), which is probably the best news since the invention of fire.

You have an amazing collection

And here then is the promised McDoomey-comment: It was the bass-player from Neuroot who was in Mother.

Mother, great band that was. correct on the bass-player. their old drummer was and still is incredible and doing loads of jazz-projects. look for youtube/myspace.

A little advertising on some non-commercial music: http://www.rondos.nl/bestel.php
(no longer forgotten music)

wow! great to see that art record on your blog!
love the lyrics (and sound) for sure :)