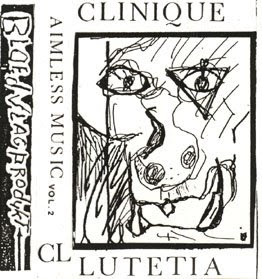 This duo from the nothern parts of The Netherlands only released this and a volume 1 which was on Korm Plastics. I must see if I have it somewhere. Quite an industrial affair this one, but a great one. One member later was in a band called Christ In Concrete which I never heard and also produced as BC a cassette for Korm Plastics.