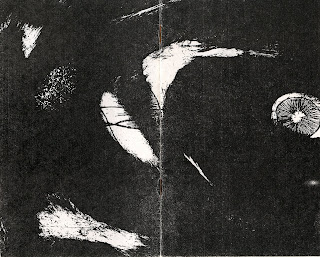 Counting is not something I mastered very well, but if I'm not mistaken this is the 500th post on this blog. I think only 2 posts were removed because of labels complaining and two were removed because thanks to this blog they were re-released. Not a bad result. I saw that Freek Kinkelaar of Beequeen and Brunnen fame has his own blog now. I have some of his pre-Beequeen and pre-Brunnen music, which he recorded solo as Gazza November. There is a track on the Motop 1 LP, but he privately released this double cassette in video box of his own guitar noise and ambient and improvisations. Nothing like the later work. More solo old stuff later on.

I think this major rock work! Just like Black Sabbath, but only better!

Congratulations to 433rpm. That's a lot of posts.