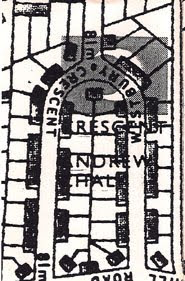 Yeah really. Thanks. This is an amazing tape. I never heard any of his early stuff. Only the albums on Faraway Press, which I actually don't care for much. This release is much more carefully composed and seems to hold a lot more purpose, both aesthetically and aurally. And although Faraway Press has this "rural" approach when crafting their releases, this music is far more rural, rustic, timeless, etc. Great collection of sounds. I would LOVE to hear more of his cassettes. Any others ??