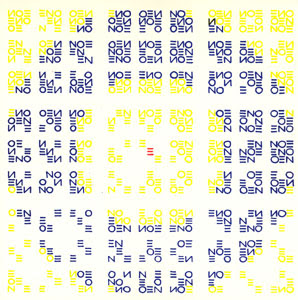 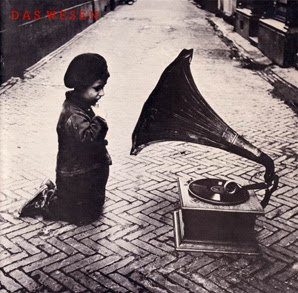 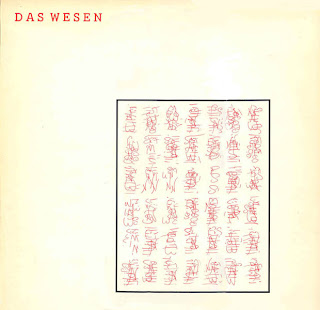 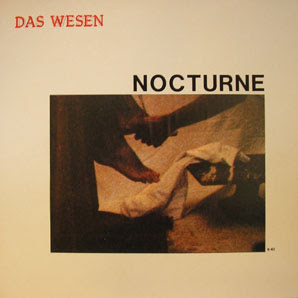 Like Mekanik Kommando and Vice published earlier here, Das Wesen also came from Nijmegen and existed from 1980 until 1983. Before that they were called Puber Kristus, and as such they had a flexi with vinyl and two tracks on the Ultra compilation cassette, which will be here soon. They changed their sound and name, following the influence of Joy Division, of whom they were support act at Doornroosje in 1980. A great but Dutch story about the band and that gig can be read here: http://www.hansdekkers.org/no-wave
Das Wesen had strong ties to Bazooka, they shared Hans Dekkers on guitar. The first release was a split 7" between these bands. After that they recorded two 12"s for Torso, which showed an even greater love for Joy Division and PIL. Their final 12", 'Nocturne' was released on their Akzidanz in 1983. I picked up a brand new copy from the local store today. Let me know if I can get you one, as they still have some left. On March 31 1983 they played their final gig in Paradiso.
This post was made with the great help of paphio23.

so the complete picture:

Keep up the good work.

i've also never heard of Das Wesen until now. what a shame, they were a very decent band, really good music, thanks!

i really wanna a copy of it on vinyl.
Is it still up?
Gotta lot of Brazilian records for trading. Write me > museudofuturo@gmail.com < or visit us at www.bonequinhologia.blogspot.com
Thank you so much, i love yr blog.

for anyone interested: the 12" inc postage worldwide is 20 euros. please send paypal to info@kormplastics.nl he will hand the money to me.

I've received the record. It's wonderful. Thanks again.

This is great stuff, thanks!